The University of Cyprus aims to become a leading educational and research institution that will distinguish itself internationally through the promotion of scholarship and will be recognized as a centre of excellence in the Mediterranean region. The main objectives of the University are twofold: a) the promotion of scholarship and education through teaching and research, and b) the enhancement of the cultural, social and economic development of Cyprus.

UCY has formulated a Strategic Plan for its development in the period 2004-2020 namely,

It has 8 faculties, 22 departments and 11 Research Units namely, Center for Banking and Financial Research, Archaeological Research Unit, Economics Research Center, Nanotechnology, KIOS Center for Intelligent Systems and Networks, Gender Studies, Oceanographic Centre, NIREAS-International Water Research Center, CAN-Center for Applied Neuroscience, Research Center for Sustainable Energy, Molecule Medicine Center. During the academic year 2014 – 2015, 7200 students (undergraduate and postgraduate) are enrolled. It ranks first among the top 10 national beneficiaries of the EC financial contribution according to the e-CORDA data update in July 2014. UCY has implemented successfully more than 95 EU projects during the past 3 years. At present, it is participating in 44 projects funded under FP7, hosts 5 ERC grants and coordinates 12 Marie Curie Individual fellowships. Further, it has participated in 9 ITN projects, one of which it coordinated (Narnia).

In 2008 UCY received the EFQM “Committed to Excellence” Award. UCY uses ECTS and awards the Diploma Supplement (DS). UCY is one of the 52 European universities to which the European Commission awarded the DS Label in May of 2009. The UCY has managed to attract a significant amount of research grants mainly from the European Union, having endorsed the Charter and Code (C&C) for researchers in December of 2010. Thereafter UCY implemented the HRS4R project which aims to the development of a Human Resources Strategy for Researchers. As a result, the European Commission approved the UCY’s Strategic plan on June 11, 2012 and since then the University of Cyprus is acknowledged with the “HR Excellence in Research” logo.

As a proof of its dedication in European integration teaching, it held a Jean Monnet Centre of Excellence and three Jean Monnet Chairs. It has an UNESCO Chair for Equality and Gender Empowerment. UCY is also member to many European and International Networks and Associations, namely: EUA, IAU, UNICA, ACU, Santander Group, AEUA, UNIMED, EAEC etc. In 2010 the first Nobel Prize winner, Prof. Pissarides Christoforos has also joined the academic community of UCY.

The University of Cyprus has also established a University Industry Liaison Office which aims to promote cooperation between academia and enterprises with the ultimate aim to improve the mindset and skillset of its students. This office has been established under the Project “Development and operation of Offices acting as a liaison between Business/ Industry and the various Universities in the Republic of Cyprus” which is coordinated by UCY and funded from EU Structural Funds.

University of Cyprus aims to establish itself as a Pioneer Research Institution achieving International Scientific Recognition in European Higher Education, offering Competitive Programmes and to become a Centre of Excellence in the wider Euro – Mediterranean Region.

Due to the current state of affairs, the University of Cyprus has announced the initiative to fund four scholarships covering housing and tuition fees for refugees. Refugees have all the rights that Cypriot citizens/ students have. Moreover, there UCY supports the initiative from various EU-wide organizations such as UNICA, Santander Group, EAEC and UNIMED to find or develop a formula-model to recognize the qualifications of refugees so as to offer them the opportunity to study in European Universities. A proposal has been made to address this issue in a session during EAIE Conference in September 2016. 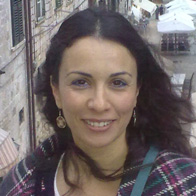 Elena Ioannidou is an Assistant Professor in Language and Literacy Education and in Sociolinguistics at the Department of Education, University of Cyprus. Her research interests focus on the concept of a social theory of language, on language variation and on the interrelations of language and identity. In terms of language teaching her focus is on literacy as a social practice, genre-based education and multiliteracies and multimodality. Elena Ioannidou is an ethnographer, with a special interest on linguistic ethnography and discourse analysis as dynamic research tools. Her research projects have been funded by EU, Leventis foundation, the Ministry of Education of Cyprus and the University of Cyprus. She is a founding member of the Literacy Association of Cyprus and a board member of the Linguistic Society of Cyprus. Her work has been published in international journals (e.g. Language and Education, Journal of Early Literacy). 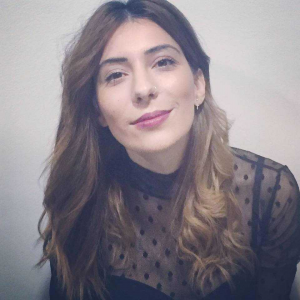 Elisavet Kiourti is an associate lecturer at University of Nicosia. She holds a Ph.D in Video Games and Education from the Department of Education (University of Cyprus). Her doctoral research is the first ethnographic research in the context of Cyprus focusing on the comparison of Literacy in the Online Game “Counter Strike Global Offensive” and Literacy in Schools. She also holds an MA in Computational Linguistics (University of Essex) and BA in Greek Literature with specialization in Linguistics (University of Thessaloniki) . She is the Press Officer of Cyprus Linguistic Society. She has contributed to several research programs e.g., Social Literacy in Cyprus Prison, Digital Cypriot Slang Dictionary “Cyslang” (http://www.cyslang.com/), Digital Lexicon Database of Cypriot Nouns and Adjectives, “KoMoLex”, and MOEC Project for the revitalization of Cypriot Maronite Arabic on production of book for A1-B2 level. She has published in international journals (e.g. Frontiers, Research Papers in Education) and has contributed in books about Video Games and Health (Elsevier) and about Swearing and Identity in Video Games (Bloomsbury). Her research interests focus on technology-enhanced learning environments, formal and non formal education, problem-based environments, virtual reality environments, metagaming, language and identity, cognition in gaming, and social well being. 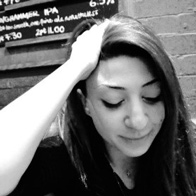 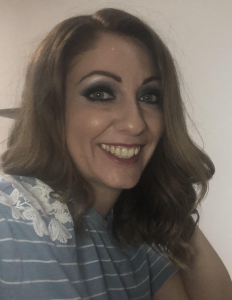 Valentina Christodoulou is a Postdoctoral Researcher at the Department of Education, University of Cyprus.  She holds a PhD in Sociolinguistics (King’s College London), an MA in Gender, Sexualities and Ethnic Studies (University of East London) and a BA in English Language and Literature (National and Kapodistrian University of London). Her research interests focus on issues of language and identity, language and social practice and digital language practices. 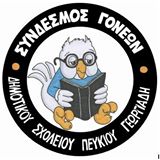 The main features of the Primary School of Pefkios Georgiades are the modernization and the introduction of the course of English from the first grade. The introduction of new courses (computers) and activities in various fields such as Health Education, Emotional Education, Consumer Education, the Traffic Education, Environmental Education and Intercultural Education. Introducing Topics of Interest such Recreations, Taekwondo (Olympic sports), Dance, Theatre, Music and Fine Arts. The school aims also to introduce the course of “Literature / Theatre Education” in A, B and C classes. Providing meals at appropriate shaped space that serves as a dining area. Teaching topics of interest to purchase services from qualified personnel.

The school has been participated in several educational programs: 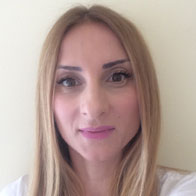 Nafsika Andreou has an extensive background in the teaching for the last 18 years and she serves as a teacher at Pefkios Georgiades primary school since 2014. She earned her bachelor’s degree in Education Sciences at University of Cyprus. She then attained a Master in Adult Organizational Learning from the University of Suffolk (Bostone). Her research interests include teaching greek as first language and cross-curricular thematic teaching. 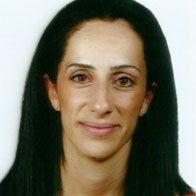 Eleni Apostolou serves as a teacher in primary schools for the last 15 years. She holds a BA in Education Sciences (University of Thrace), as well as an MA in Educational Leadership (European University of Cyprus). She has participated in various educational programs such as PALM, Leaf and DIAS. Her interests focus on teaching greek as first language and cross-curricular thematic tearching. Since 2014, she works at Pefkios Georgiades Primary school in Nicosia. 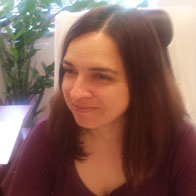 Giouli Napoleontos attained BA in Turkish and Middle East studies (Aristotle University of Cyprus) and BA in Education Sciences (Aristotle University of Thessaloniki). She also holds an MA in Educational Management and Assessment (University of Cyprus). She has an extensive background in the educational settings. After working as a Research Fellow in Education Committee of the Cyprus Parliament for seven years, she then worked as a consultant at the Office of the Minister of Education. She now works a teacher in primary education. Her interests focus in the domains of educational policies and the creation of a democratic and equitable school for all the children of Cyprus. 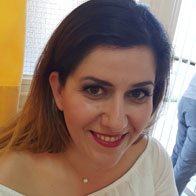 Marilena Stylianou has been working in primary education for more than 12 years. She earned a bachelor’s degree in Εducation Sciences at University of Cyprus and then she completed a master’s degree in Education (Equality and Diversity) at Open University of Cyprus. She has participated in several educational programs e.g PALM, e-twinning and her interests broadly center on issues of educational policy and inequality. 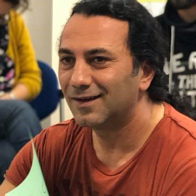 Panayiotis is a teacher in profession plus an international trainer. He is actively involved in a local Cultural NGO.
Always ready for new challenges. Interested in the process of learning for both youths and adults. Believes in the power of cooperation and communication within trainings and workshops which aim to quality learning and empowerment of people by sharing.

His work within the training world is guided by the following:

We use cookies to ensure that we give you the best experience on our website. If you continue to use this site we will assume that you are happy with it.OkRead more
Scroll to top